“The Shuttlecock, Kis Mitti Kay Banee Ho or From What Clay Are We Fashioned?” is a text by Lluís Roda, created on 1 November 2012.

It was released as a live audiovisual performance in the Dark Week Festival of Valencia on 25 January 2013.

This video was recorded in March 2013, but was later edited. 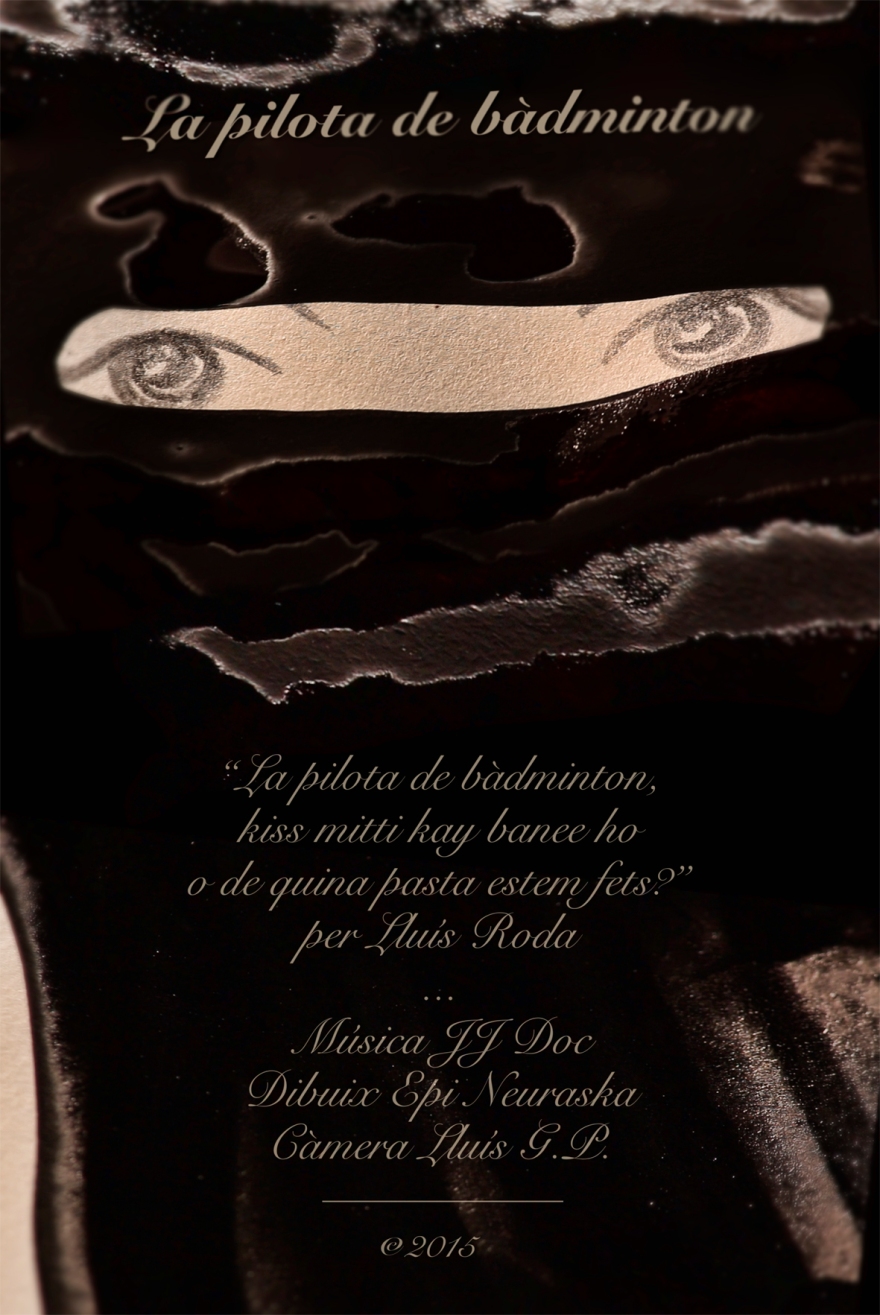 I Salon Neo-Symbolist, from October 31 to November 30, 2013 in Madrid The Corrala Cultural Center. Produced by Heresy and Beauty Mentenebre Cultural Association and the V Madrid Gothic Week. 31/XI/2013

Small animation that emerged in the mountains of Jazowsko in Poland, where the snow of December the ideas become clearer and more pure. The memory is present, and the wounds are frozen to think calmly. It shows the romantic and political exile, many people are forced to make in our petty lives. The torture of the past and the disappointment of the future.

The work consists of various cuts and reflections on love. About love that kill, the better. Some personal views on love, with various finishes. Some more, some less romantic but always intense. We refer to ways of living love with his late, almost always fatal. The search for the primary and labeling deception in history, but also our essence dreamy intricate and volatile.

The idea was born on a cold night in Jazowsko, a small piece of paper is worthy to accept such a statement graphical feelings. Back to civilization took on a life technique, using a simple animation without no cash or virtuosity, but the pencil drawing and drawn textures of rocks, wooden doors and animal skins. This was passed by the digital blender, creating this disenchanting but suggestive account of ourselves on what is unsettling dream l’amour. 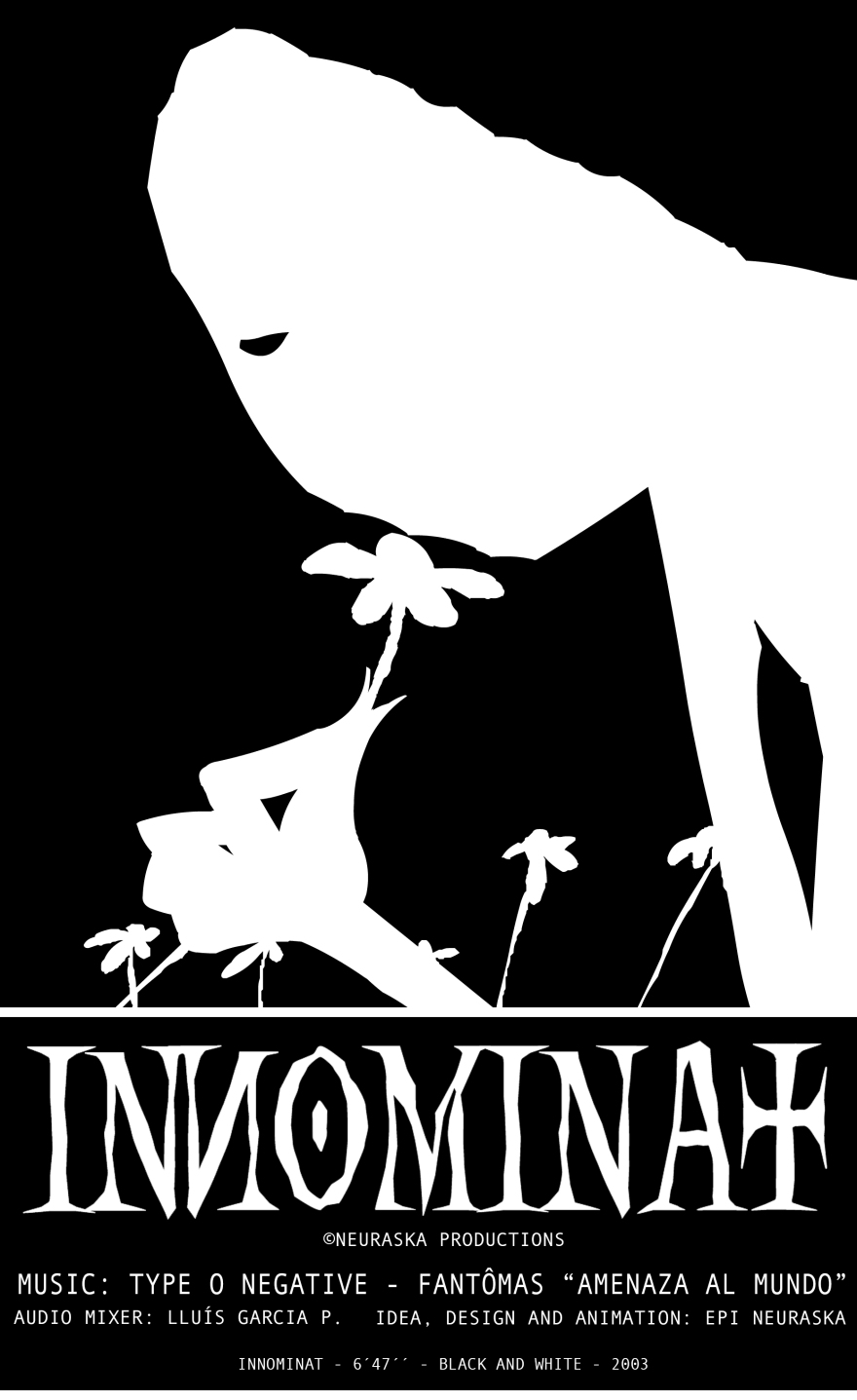 -Knowing should not be dificult… however there are many conditions that torture us continuosly. The frontier between darkness and light is a gamut of grey levels, that shape our existence.This is what I choose to reject, the life with all its levels; The trick is to target and fight from the saturation of black and white … sun and moon… death and life…

“For the nature and freedom”

His father was and old fat and lame cat,
And her mother a cato f the street,
He was born one nigth Ander the rain,
But the mother died in the childbirth,
And his father of a Herat attack,

He remained left lost in a meadow,
He would starve would die frozen,
but thankfully it was a cat and had seven lives,

he had neither parents nor a friend,
Not even a godfather of the family who him was taking care,
And solitary just like that with seven days of life dragged his body for a way towards the city,

And it was when the road crossed that a truck knocks down him in a zebra crossing,
But thankfully it was a cat and had seven lives,

Injured man and fearfully to the death,
He was still a girl and the girl seized it,
received it in her arms put a ridiculous name,
one took it to house and showed it to the family,
but a father without scruples took it of the tail and while he was scolding the girl threw it for the window,

seven floors of fall and he remained alive on the sidewalk,
burst and destroyed but there are more lives that wait for him,
there is life there is life,

But it he managed to get up managed to walk,
He managed to cross the city up to the port,
and saw the sea and saw a fish,
approached the wharf but he slipped,
and fell to the water felt lost,
he had it clear he would die drowned,

and was pathetic to see how it was tied to the life,
“chapoteando”(Chapotear¿??¿?) towards a ship that was talking out to sea,
and he managed to raise on board drowned dead way of a sorrow to spend the whole infancy in a “barquito”(a little Ship) of fishing,

Seven months later he landed in a strange apocalyptic and ungrateful land,
the houses happen in ruins the dead people or killing herself,
and a fuss of hysterical shouts of terrors fire and nerves,
and at one stroke a bomb exploited between her legs,
and felt flying for the airs,
saying goodbye of the life,

in that country of shit there was war there was war,
and where he reigns the violence they riddle you for the thick lip,
the body full of grapeshot that was dying that he was dying,
when there struck a prodigy that had never waited,

A beautiful and pious cat gathered him,
and with the time and a few caresses she treated him the wounds,
and threw himself fucking the days that he spent(passed) convalescent,
but the cat was concealing that she love another cat,
what I say a cat that one was a tiger,
which it discovered an evil day and swore that it he would kill him,
that one was a mess of coat-tails,

imagine that beast a legionary’s species(military),
claiming in slow revenge death to the lovers,
the cat remained dead crushed to claws,
and he also if a rate does not escape chased(prosecuted) as rate,

The shots were ended they were times of peace,
of peace but misery of sorrow and hunger,
and one day the cat returned to feel that his her body levite,
that his body was defying any law of gravity,
they were seizing him for the legs they were raising him of the soil,
and a deceived voice that was looking at him shouting,

yujúúú!!!! family today to have dinner we have cat to the ember,

he went out for feet of miracle they do not fish him,
and he does not finish as a plate of subsistence in the postwar period,
there is hunger there is hunger

Seven lives and the kitty had happened he was not dying, the truth was not understanding the grace (the sense) of this life,
and now only he was crawling only he was wandering only he was strolling around,
was an old cat of shit despised all over the world,
that was the sack of the hosts (blows) that is that he was burned (tired),
that is what “hostia puta” (Fuck!) what life more bitch had,

and unfortunately it was a cat and had seven lives.

“This breath of life, which always drowning”. Short animation recovered of the forgetfulness, by Neuraska 2004.